Indoor cycling has been a thing for much longer than you think it has.

Contents show
1 Tacx Neo 2T
2 So what’s what with the Tacx Neo 2T?
3 Fixed how?
4 Anything else to justify the cost of a brand new Neo 2T?
5 So, is the Tacx Neo 2T worth buying, then?
6 Why does that matter?
7 So, what are you getting for your extra dollars?

The first indoor bicycle dates from 1796, when Francis Lowndes made something that, with a glorious optimism, was called the Gymnasticon.

Bearing in mind that the first outdoor bicycle is generally regarded as the ‘Swiftwalker,’ made by Karl von Drais in 1817, it is clear that the right and proper place to cycle is at home – it’s just a hobby that has gone organic over time.

Indoor cycling has had a pretty good time ever since, from the very “cut you in two” home exercise bikes to the Peloton (or Big Brother on a Bike), and beyond. 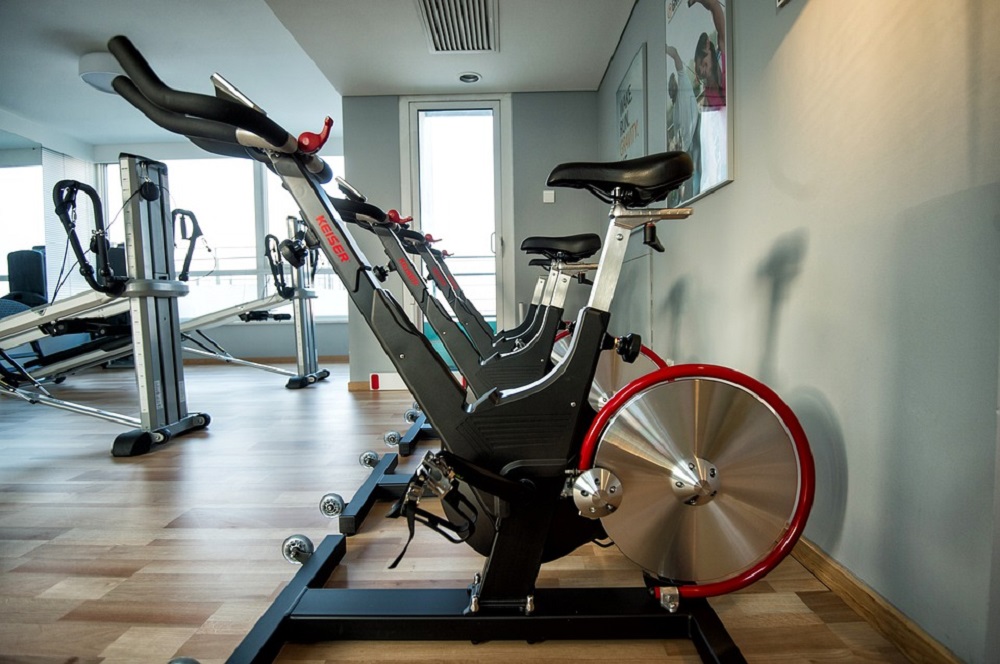 The Tacx Neo 2T launched in September 2019 – jussssst in time for a vast number of outdoor kitties to have their cycling privileges severely curtailed, and pretty much everybody in the world to be ordered to stay home a heck of a lot more than they had done before.

We’re not suggesting any conspiracy of connection between the launch of the Tacx Neo 2T and a devastating global pandemic the likes of which hasn’t been seen since 1918 (hey…that was the year after the Swiftwalker arrived… hmm…), we’re just saying that if you were going to launch an indoor exercise bike, late 2019 was an extremely good time to do it.

So what’s what with the Tacx Neo 2T?

Well, the first thing to know is that it’s an innovation based on the original Neo 2. What’s the innovation? Torque – hence the T.

If you were to line up the predecessor and the newcomer side by side, you’d be hard-pressed to immediately spot the difference, but then torque is not an ‘outside appearance’ quality. You don’t see the difference. You have to get on and ride it, then you’ll feel the difference.

What difference? Well, one of the issues with the previous, un-torqued version of the Neo 2, became conspicuous when you went up virtual hills. If you went uphill with a slower speed and a higher torque, you could sometimes get a slip of the virtual flywheel, leading to a sensation of ‘slippage’ as the resistance went skewiff all of a sudden, and threw you off your rhythm, your stroke, your speed, leaving you briefly flailing.

Is a brief flail between friends really enough to warrant buying a whole new – and let the record show, a pretty costly – machine?

Mmmm that depends how into your virtual cycling you are. Plenty of people use their Neo 2 to go racing on a virtual platform. If you’re pounding up a hill after your friends (for which, read “Deadly Two-Wheeled Rivals From Hell,” a sudden flail, a loss in speed and progress, and all the time it takes you to get back in contention against them can be extremely annoying.

Knowing that it happened because of a machine fault, rather than anything you did wrong in your cycling, could be enough to make you throw your Neo 2 straight in the garbage. Or straight onto eBay, whichever is more satisfying. So for some people, sure, it’s worth it.

Happily, that’s a problem that seems to be entirely fixed in the Neo 2T.

It’s all in the magnets. More magnets than before, and re-aligned to boost the torque in the virtual flywheel. Result? You can pound up those virtual hills now. And if somehow you still have the breath, you can laugh at the thought of your discombobulated friends as you virtually sail past them, with only screaming muscles as the evidence of your new achievement.

Anything else to justify the cost of a brand new Neo 2T?

A couple of good things, yes.

The 2T is compatible with a lot more bikes than the Neo 2. That means it comes with more thru-axles than you throw a stick at. More thru-axles means there’s probably one for the bike you have, so if you have a bike that wasn’t compatible with the Neo 2, it’s time to pack away your nightmares, child, the dark days are behind you.

For those who thrive on data, another new bonus is the ability to export your pedaling details to third-party apps, so you can obsess over the efficiency of your performance endlessly, but also, ultimately, know what you need to work on. You can know in cold, hard detail while you’re off the bike, so you can build your strategy and improve your performance the next time you get on the bike.

The third-party app export may sound at first like a geeky detail too far, but actually, it will help turn your indoor biking into a technique enhancement program, rather than just a mile-crusher or a virtual race. That’s quite possibly worth the investment of a new Neo 2T.

Here’s possibly the biggest thing though. Because the Neo 2T is not an ‘exercise bike’ in the traditional sense, but a direct drive smart trainer and simulator of virtual conditions, if you’re a regular Zwifter, any conditions shown in the Zwift world can be replicated in the bike underneath you – cobbles, slats, gravel, ice, you name it, the Neo 2T can help simulate it.

Genius, definitely. Freaky, beyond a shadow of a doubt. Addictive though, if one of the things that stops you from getting on your bike indoors is the sheer monotonous boredom of pedaling over the same ‘terrain’ all the time. And, as an extra bonus, if you plug in the power cable, you can even enjoy the fun bit of outdoor riding – the sensation of freewheeling downhill!

You’re pretty much as close to outdoor riding as you’re ever likely to be here, while still maintaining an “indoors good, outdoors baaaad” policy. And because the Neo 2T comes with a virtual, rather than an actual flywheel, you get very little intrusive machine noise to destroy the illusion of riding outdoors. It’s almost creepy, but kind of creepy… in a good way.

That virtual flywheel has another advantage over many similar machines, in that you can recapture your power in half a heartbeat – it’s practically digital, off and on. So if, say, you have a cycling session that’s something akin to a spin class – short bursts of high-intensity pedaling, then rest, then back to high – the Neo 2T will take those changes of momentum entirely in its stride. That virtual flywheel means it’s right there with you – except it’s probably panting a whole heck of a lot less.

So, is the Tacx Neo 2T worth buying, then?

That depends. If you’re happy enough with your existing machine, there may not feel like there’s a pressing reason to upgrade to the Neo 2T. If you’re looking for an excuse to trade up though, the Neo 2T certainly has them lined up ready for you. The improved magnet arrangement in the virtual flywheel so you don’t lose resistance – check.

The significant increase in thru-axles, meaning your bike may now be suitable for use with the Neo 2T, when it wasn’t suitable with the standard Neo 2? Check. The incredible quietness and power re-up of the virtual flywheel? Check. The simulation of an impressive number of underwheel conditions? Check. But we’ve sort of been burying the lead.

The Neo 2T is now by any means the cheapest example of its kind on the market. But it does put a trick up your handlebars which sets it apart from most of the competition.

You can use the Neo 2T with no power cable connected.

Sure, you lose the ability to simulate freewheeling downhill if you unplug it. But then again, if you unplug most similar devices on the market, what you have is an unresponsive stone. The Neo 2T is completely unfazed by going power-free.

Why does that matter?

It matters because you can set it up anywhere – you don’t have to be tethered to a wall socket. That means you can use it in your garden if you want the benefits of fresh air without the burden of other human beings. You can use it in your garage and bother no one in the house with your panting and gasping and begging for death.

You can even, if you have a balcony, use it on your balcony, watching the real world go by while in the virtual world crushing the cycling hopes and dreams of Dan and Mikayla from Finance as you power on up the hill they haven’t trained for, with your pedal performance data egging you on to a sleeker, more productive pedal pattern this time.

Yes, the Tacx Neo 2T is more expensive than many other direct-drive smart trainers. That might be an issue if you want to get one, especially as trainers like the Wahoo Kickr and the Drivo II can give you equivalent performance in things like volume and ease of app connection.

So, what are you getting for your extra dollars?

Where’s the bang for those extra bucks that makes taking home a Neo 2T the smart move?

Certainly, there’s value in its ability to simulate a quick staggering number of underwheel conditions for a real ‘out on the road, or trail, or favorite route’ feel.

But most of all, the bonus is in that freedom from the power socket. Being able to set up the Neo 2T anywhere you like and, with the understanding that freewheeling’s a no-no, being able to do all the things other smart trainers can do while entirely untethered – that’s where the Neo 2T earns its bigger asking price.