With the rise of the Peloton and other fitness-based interactive products, it’s never been easier to get fit and healthy without ever setting foot outside your home — a welcome development considering recent rolling lockdowns. 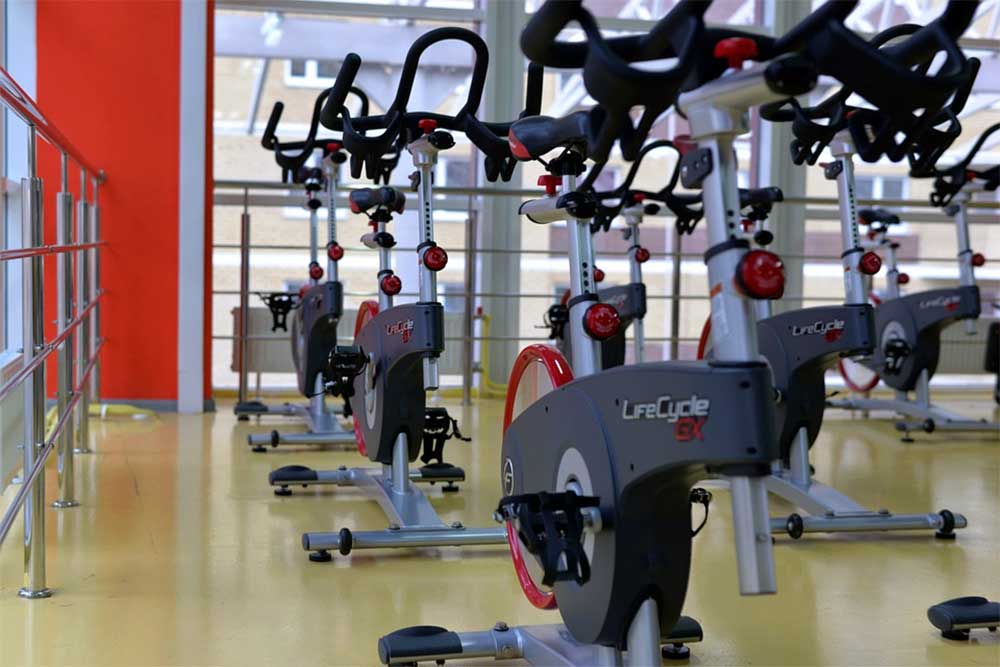 One of the indoor fitness products that has found particular notoriety in recent years is the Saris H3 smart trainer. Saris instantly turned heads with the H3 due to its comparatively reasonable price tag, leaving health nuts and cycling enthusiasts alike wondering what the catch may be.

Just like everyone else, I wanted to know if the H3 was too good to be true, so I took it upon myself to source one and put it through its paces. Below are my findings and conclusions on all things H3.

What’s in the Box?

The H3 box, plastered with Saris’ mantra “BRING YOUR RIDE INSIDE” gets you hyped before you’ve even cut the Scotch tape — a good start.

Opening it up, you’re met with the H3 in plastic wrap, the front wheel stand (within the H3), a power adapter, thru-axle adapters, a QC card, and some instructions. I was a little disappointed that there was no quick-release skewer. Granted, I already had my own, and I’m sure you do too, but with a skewer included as standard in much cheaper smart training bundles, Saris’ omission had me feeling a little deflated.

Still, what was included in the box didn’t disappoint. The trainer seemed solid, the power adapter arrived with a small flexy extension, so it can be plugged in safely at angles, and the quality control card was a really nice touch.

Being that so many report problems with their smart trainers, especially at the bottom end of the market, it was nice to see Saris had gone out of their way to instill peace of mind.

One last thing to note is that the H3 doesn’t come with a cassette, and while this isn’t unusual in a smart trainer bundle, I just thought I’d give you a heads-up.

The first port of call is to install your cassette. If you don’t have one, I can’t speak highly enough of this Shimano-Dura-Ace-11-Spd-Cassette. It’s not the cheapest cassette in the world, but I find some of the more affordable options can get pretty noisy. To fit your cassette, you need a Bike Cassette Removal Tool with Chain whip.

Next on the agenda is unfolding the support legs. They just fold out from underneath the chassis and fix in place on the surface of your workout area, no tools necessary — easy.

The little feet directly underneath the H3 can be adjusted, which I love about this design. It means that if you’ve got some bumpy underlay beneath your carpet or an uneven hard surface, you can level it out.

Now we can go ahead and plug it in using the 100-240v power adapter, which is the standard for U.S. outlets, so no qualms here. You’ll notice the H3 come to life with a turquoise light. I personally love the combination of this color with the black frame of the H3. It gets me pumped.

To finish things up, you set the riser block for your front wheel, mount your bike, and voilà; you’re done.

Overall, I was impressed with how easy the H3 was to set up, but to be honest, smart trainers rarely pose a challenge in terms of installation.

The H3 offers two modes: ERG and Simulation Mode. ERG, which stands for Ergometer, is a mode in which you set a desired power wattage to cycle at, and no matter how fast your cadence is, the H3 will adjust resistance to ensure you’re always hitting the target power.

One of the things that really impressed me about the H3 is how responsive ERG Mode is to shifts in cadence. It’s incredibly accurate in maintaining your set wattage.

Simulation Mode, otherwise known as “Slope Mode”, simulates gradients for when you really want to push yourself. The H3 is capable of simulating gradients from 0 - 20°, which is fine for my abilities, but more advanced riders will prefer something to the tune of 25°.

The H3 has the ability to offer 2000 watts of resistance up to 40KPH —  not the most impressive stat in the game, but peak power shouldn’t really be a consideration. What really matters is your ability. 2000 watts at 40KPH is pro rider level, so we mere mortals are well accounted for here.

Even with a wide-screen TV assuring you that you are out in the great outdoors riding a world-class route, it can be hard to shake the fact that you’re in your living room. For me, it’s not the four walls that break the illusion when it comes to smart trainers, but the synthetic feeling of riding on them.

Thankfully, I was pleasantly surprised with the realism of the road feel. The H3 can’t simulate road patterns, and it certainly doesn’t offer the same amount of fidelity as the king of feel, the Wahoo Kickr, but it’s not far behind. The fact that both of these trainers are the same price is a little hard to swallow, but I digress. The takeaway here is that the H3 has a great road-feel.

One of my biggest hangups with the H2 was the running volume. Once you picked up some speed, it was plain distracting. There’s no way someone could sit in the room with you and read a book as you ride.

I’d heard that Saris had done a total overhaul on the drive mechanism and belt, so I was praying to the gods of silence that it wouldn’t be quite as obnoxious as the H2. Well, my friend, I’m overjoyed to report that the H3 is way quieter than its predecessor — hurray!

It hits 59dBA at speeds of around 20mph, which is roughly 5 times quieter than any H-generation trainer Saris has released in the past. Most of that 59dBA is generated from the drivetrain, rather than the trainer itself, so I was very happy with Saris’ modifications. It’s a little noisy when you stop pedaling and the internals slowly lose momentum, but that’s understandable and not unusual for a smart trainer.

Let’s not get carried away, though, because there are definitely quieter trainers available. The Wahoo Kickr and TacX Neo 2, for instance, or slightly easier on the old earlobes, but props to Saris for making progress.

As I’ve already touched upon, the H3 holds a number like no other trainer I’ve tested, and that’s across a number of apps too. You’re looking at reaction times below three seconds, which is exquisite. But are its registered figures accurate?

Well, Saris claims that the H3 has a power accuracy of +/- 2, which I was skeptical about, but lo and behold, besides the odd +/- 3, they were telling the truth — woo-hoo!

Built with industry standards in mind, the H3 isn’t bringing anything new to the table in terms of connectivity and app compatibility, but that’s exactly what you want. Everything fits into established paradigms, so you can use this bad boy with whatever app you prefer. Zwift, TrainerRoad, SufferFest, Rouvy, FulGaz, Kinomap, and tons of others all link up just fine.

The H3 will also connect up to a cycling head using the same wireless means, so if you’ve got a Garmin, go ahead and get it involved.

I was stoked that the H3 has integrated wireless cadence transmission. It means you can use sensors for other data such as heart rate, control, and power. It’s also a godsend if you’re trying to hook it up to an Apple TV with a Bluetooth sensor limitation.

However, I’m sorry to say that the cadence transmission is somewhat lacking no matter which app you use. There’s just a little too much latency between the avatar registering your cadence speed. It’s only a small delay, but it’s one that I found pretty irksome.

As is often the case, the H3 will need calibrating every so often, especially if moved or the ambient temperature increases or decreases significantly. Saris is working on a homegrown app to handle this process via your phone, but until that’s released, you can use any number of 3rd party apps.

So, is the H3 worth the money? Absolutely. Considering it comes in at a price that undercuts most of the high-end smart trainers on the market, it’s a very impressive device indeed, and even though it features significant improvements from the H2, it has a lower market rate.

I still can’t wrap my head around the power accuracy of this little trainer that could. You’d be hard-pressed to find another that holds a figure so well. The low volume was also a much-appreciated augmentation.

My one caveat is that the cadence response let the side down. It’s not an insurmountable issue, and many won’t mind it at all, but there’s definitely room for improvement.

Overall, I’d give this smart trainer a solid 8 ½ - 9 out of 10 and would definitely recommend it. It’s a lovely bit of gear, and if you agree, you can have a closer look at it here: H3 Direct Drive Smart Bike Trainer. Happy cycling, folks!