Designed to be a more street-ready rendition of the Vaporfly Elite famously donned by Eliud Kipochoge during his 2-hour marathon attempt, the Zoom Fly SP boasts strong credentials right off the bat. 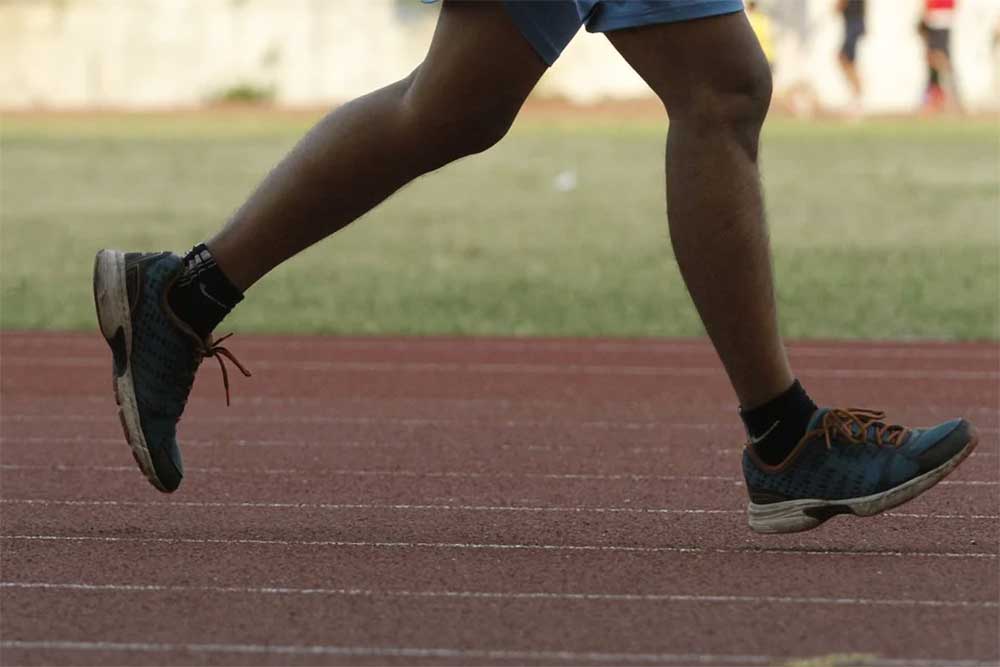 If they can help a professional marathon runner do something never before achieved by mankind, surely they can help you dominate your morning jogging route, right?

Well, that’s exactly what I endeavored to find out. I put the Zoom Fly SP underfoot and under the microscope to ascertain just how groundbreaking they really are.

Let’s begin with a skin-deep evaluation of these modified running shoes. Well, if you saw the Elites that Eliud was wearing, you can breathe a sigh of relief. In the Zoom Fly SP, Nike has taken it upon themselves to create a much more casual and socially acceptable design.

But that’s not to say these sneaks aren’t total head-turners, because they absolutely, without a doubt are. This transition from “techy” professional running gear to a sleek, stylish, street-ready design, is certainly a flex from Nike. It shows they have a finger on the pulse of cutting-edge trends and a keen eye for detail that truly pops.

The prototype Vaporfly looked more sock than shoe and seemed pointed to the degree of a court jester’s winkle pickers, but thankfully, that’s not the case with the SP. They have a much more robust shoe-centric profile that fits in seamlessly to any number of dress styles and occasions.

If I had to label them with one distinct descriptive term, I’d say perhaps….tastefully futuristic. That might raise more questions than it answers — let me explain. These shoes look simultaneously like they could have fallen out of a time machine sent from a thousand years in the future, yet not so garish as to feel even slightly out of place in our time.

Let’s face it. Nike has gotten a little over-experimental with shoe style in recent years. Just look at the Air Zoom Temp Next FlyEase for example — if you can bear it. The SP pushes boundaries, but it doesn’t blow them to smithereens like Nike’s more abstract forays into casual running shoes.

If The Flash suddenly grew a fashion sense and took off the red garb, you can picture him wearing something like the SP. There’s just something that feels superhuman about their appearance in the best possible way.

Special enough to fire up the jealousy in your normally even-tempered friend’s heart, yet low-key enough to wear almost anywhere, they’re a truly elegant compromise that simply doesn’t feel like one.

We’ve established that these shoes are great to look at, but beauty’s only skin deep. Now let’s get down to what really matters, folks: performance.

To be perfectly honest, walking in the Zoom Fly SPs didn’t feel particularly special, but I have to stress, that doesn’t mean they’re bad shoes or uncomfortable in any way. They’re just not as spongy as you’d expect looking at their sizable, almost marshmallow-esque midsole.

It’s actually pretty unreasonable to think they’d feel overly cushy for walking, otherwise, they wouldn’t offer enough support while running. It’s important to remember that although the SPs are far removed from their prototype, at their core, they’re still a running shoe.

The most notable aspect of the walking feel I’d say is the distinct heel-to-toe roll. As the chunky heel tapers out quite rapidly from the ball of your foot to your toes, it adds a certain rock to your gate, not enough to feel awkward, just...different. You may find yourself walking across town at double time and not even noticing. It’s like they’re always inviting you to break out into a jog, which I suppose is what you want in a running shoe.

This is where the SP really shines, and I mean SHINES! They are without a doubt one of the most comfortable running shoes I’ve ever had the pleasure of sweating in. They may not have the full-blown ZoomX sole Nike released to compete with Adidas’ Boost Sole, but take it from me, it feels a-mazing underfoot.

The only way I can describe running in SPs is that it’s akin to strapping four memory foam pillows under each foot then hitting the trail — they’re that comfortable. I’m putting a lot of emphasis on how soft they feel, but I’d be remiss if I didn't mention they’re equal parts supportive and springy too.

I’d go as far as saying the sole has a recoil, an essential bounce that, combined with the roll of the heel, sends you flying forward. Are they lightweight? My friend, lightweight is an understatement.

Furthermore, the shaping of the upper heel is exquisite. It hugs your Achilles tendon in a supportive yet gentle manner, and guess what, folks? From the first time I ran in them right up until now, as I’m writing this review, they have never rubbed —  no blisters for me!

I’ve suffered from knee problems since my mid to late teens (they’re just so dang knobbly), so I have to be extremely careful when it comes to running. The pain has led me to focus more on HIIT class training and aerobics than jogging. In fact, I was just about ready to say goodbye to my running life altogether until I tried the ZOOM SPs out.

I’m not saying they’re a miracle cure. If your doctor tells you not to run, you shouldn’t run, in these or any other running shoes. What I’m saying is that if your knees aren’t all that, the SPs will help you add a little bit of distance to your route and perhaps allow you to complete it once more a week.

There is one drawback of running in SPs I’d like to mention, and it’s that I noticed that the soles of my feet felt particularly warm. It’s not a deal-breaker by any stretch, as the upper is well ventilated, but it’s something to bear in mind.

They say that with running shoes, you should buy at least a size up on your casual wear. This is because when the blood’s a-pumping and the muscles are a-popping, your feet swell up a bit, which can make your actual size seem cramped and restrictive.

My casual wear is typically a pair of Vans Authentics in 10 ½ U.S., so I chose a half size up, and lo and behold, they arrived perfect. There’s enough internal padding that your feet don’t feel lost in the extra half-size space, yet there's plenty of wiggle room for when your feet straight up Hulk-out during a challenging run.

Now let’s see what the Fly SPs are truly made of...

The marshmallowy midsole is crafted from a material known as Lunarlon foam. It’s soft, responsive, and is designed to give you a low-gravity sensation as if you’re walking on the moon — hence the name.

After my first run, I noticed that the Lunarlon foam had developed a few creases, and they never fully expanded back out. It doesn’t seem to have an effect on how spongy they feel, but it’s worth mentioning.

Threaded through the Lunarlon foam is a carbon-infused nylon plate to boost the stiffness and bring more support to the equation. Basically, it transforms them from tiny bouncy castles you can wear on your feet into high-performance running shoes.

The SP borrows its translucent upper fabric from the Vaporfly. Known as Vaporweave, it’s an open mesh fabric that’s both streamlined and breathable, and it weighs practically nothing.

Despite having such ephemeral properties, it’s surprisingly durable, and I never found a stitch out of place, even after jogging off the beaten path amongst thistles and sharp grasses.

Vaporweave is resilient yet pliable, sitting close to the skin. It has more of a plasticky feeling than other Zoom Fly designs on the market, but you can tell it’s a high-quality fabric.

Crafted from durable natural rubber, the outsole can handle pretty much any type of terrain, and as it’s only covering high impact zones, the overall weight of the shoe is kept to a minimum.

There’s no mistaking that the Nike Zoom Fly SP is a whole lot of shoe, but it doesn’t come for nothing. These are strictly $100 + designs, so you have to be serious about sneaks, health, or both to warrant buying them.

In my opinion, they are overpriced, but not by a great deal. They’re considered a premium product and I can’t disagree. It’s just unfortunate that the price on premium these days is so out there.

Nike Zoom Fly SP running shoes are a fantastic bit of sportswear engineering and promise great things from Nike in the future. I’d say they’re even good enough to pull Nike-skeptics back from team Adidas.

Would I recommend them? Absolutely, especially if you’re a keen runner. If you’re interested in them for casual wear exclusively, the price is pretty steep, but they do look awesome. See for yourself.