The Hoka One One Clifton 3 debuted in 2016. Since then, there have been 4 more Clifton models with the fifth, the Clifton 8, due to release in June 2020.

Contents show
1 Hoka One One Clifton 3
2 Description
3 What We Love
4 Room for Improvement?
5 Summary

Despite being an older shoe that is no longer commercially available, we think it’s important to talk about the pros and cons. It helps you understand how the Clifton range has grown and progressed.

The Clifton 3 was one of the best Clifton shoes, in our opinion. It featured some great geometry and technology which made it a great shoe for all kinds of runners.

So, let’s go back a few years and take a closer look at the Hoka One One Clifton 3.

Hoka One One Clifton 3

The Hoka One One Clifton 3 features the characteristic huge Hoka heel that the company was famous for.

They developed this large, oversized heel at the very beginning of the brand. It was partly a response to the minimalist trend that was taking over the running shoe world in the early noughties and partly a way of creating a durable product.

In any case, the Clifton 3 makes excellent use of the Hoka heel to create that signature rocking motion. More on this later!

While the Hoka heel might be useful, it’s not the best thing to look at. This is compounded by the bumpy, textured mesh that is used for the upper. Unfortunately, it makes the shoe look pretty cheap overall.

However, beauty is only skin deep and despite its cheap look the Clifton 3 is a great shoe. That ugly mesh is actually an upgrade on the previous models. When you look closely it almost looks woven which gives it awesome durability.

The cut around the ankle is fairly low giving plenty of room for the ankle. The cuff is slightly padded all around, with the heel getting a bit more padding to prevent blisters.

The heel tab is slightly raised to cradle your tendon more effectively, but it’s not overly large. In fact, Hoka provides a heel loop to help you get the shoe on because the heel tab isn’t long enough to help.

The midsole is made from thick CMEVA foam that tapers up at the front and back to create that rocking motion. There is some CMEVA foam on the outside of the shoe that feeds into the outsole.

The outsole itself is made from a bulkier rubber than the Clifton 2. It is incredibly hard wearing and wraps around the front and back of the shoe for extra support.

In terms of the treads, you have some thick banding on the toe and heel to provide traction on your landing. The midsole has this abstract honeycomb-ish design that is supposed to help you rock between heel and toe.

In all, the traction is great. You’ve got depth and variety which means that you can run lots of different surfaces.

We love practically everything about the Clifton 3. It is a near perfect running shoe. Let us tell you why.

First of all, let’s look at that midsole design. The geometry of the midsole is what creates that rocking motion. The idea is that no matter where you land, your foot is propelled forward for the push off.

This rocking is achieved by having the toe and heel raise slightly away from the ground. In essence the shoe resembles the feet of a rocking chair, though the bend is less perceptible.

While this might seem commonplace today, you need to remember that the Clifton 3 launched 5 years ago. The rocker shaped sole was a fairly new development in running shoes. However, the success of the Clifton 3 meant that many companies began to adopt a similar style.

The action of the Clifton 3 is incredibly smooth. Like we said, it’s that perfect geometry honed by Hoka that creates such a smooth experience. No matter where you land on your foot, it’s like you’re being gently carried forward on casters or something.

The rocking motion means that many runners feel like they could run further with less effort. While others feel that their speed improves while wearing these shoes.

However, the rocking motion is only one of the benefits of the Clifton 3. The other thing that lots of runners like, is the sheer comfort of the shoes.

All that foam and rubberized material makes for a cloud-like comfort around your feet. Increased comfort means less rubbing and pain which means that runners go further in the Clifton 3s.

Again, we’d like to point out that when these shoes hit the market, the idea of heavily padded running shoes was quite new and novel. The Clifton 3s proved that it was a successful and sought-after design.

On the Clifton 3, the toe box is ever so slightly wider. You can’t really see the difference, but you do feel the difference. There is much more room inside that toe box.

Finally, let’s talk about that upper. It might look cheap and cheerful, but it is actually hugely comfortable and supremely breathable.

The material is woven which means that it can take much more use and abuse compared to manufactured mesh.

Despite being more durable, the material feels softer and more pliable around the foot. It helps to create a cozy and comfortable fit without choking the life out of your feet. 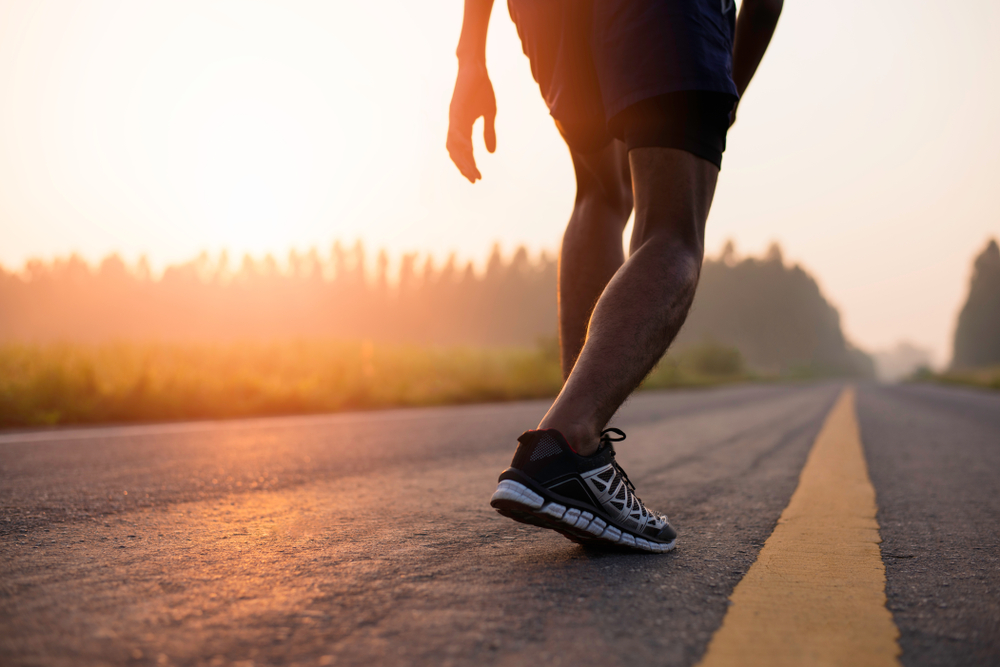 The Clifton 3s received so much praise, it is genuinely difficult to pick out any negatives.

You could argue that a downside to the Clifton 3s is that they are too soft to be used by sprinters. When you step down onto all that foam and cushioning, you just don’t have the power to spring back quick enough for short sprints.

That being said, the Clifton 3 was never really marketed as a sprint shoe. From the outset, it has been marketed as and used for longer road races and endurance racing.

The long distances are where this shoe really shines. It just makes the running process so much easier, smoother, and more comfortable. It saves you energy meaning you can hit better times.

One thing that a few reviewers noticed is some wear and tear on the rubber outsole. In truth this is actually some of that CMEVA foam rather than the rubberized sole.

We’re not entirely sure why Hoka One One decided to put it on the outside. It does just get ripped to shreds by gravel, concrete, or anything harder than grass.

We do want to point out that the wear to the CMEVA foam is not a critical failure of the shoe. It’s actually just aesthetic damage. It is definitely annoying, but not a dealbreaker for us, or the millions of runners who love this shoe.

The other complaint that was raised is that the shoe looks bulky and clumsy overall. Honestly, this could just be a criticism of most Hoka One One shoes. The company is not known for their slick designs.

The Clifton 3 does have huge amounts of foam and rubber on the outside that make it look like it’s been blown up with air. We’d denounce it, if it weren’t for the fact that all that foam and rubber provides such a comfortable ride.

Honestly, our biggest problem with the Clifton 3 running shoes is that they are no longer available to buy!

The newer shoes in the range are also awesome, but the 3s were something else.

The Hoka One One Clifton 3 running shoes are phenomenal. They combine comfort with performance to create a shoe that went on to inspire others.

The rocking motion, also called a meta-rocker by Hoka, was cutting edge technology at the time. The shape and design of the mid and outsole came together to produce one of the smoothest rides ever.

While the Clifton 3 does not look like a top of the range shoe, it certainly performs as such. It is a soft, comfortable, durable, and lightweight shoe that can help you achieve further distances and faster times.

It was and is, one of the best running shoes around.