This shoe is Hoka’s answer to the current carbon plated running shoe trend. In response to the Nike Vaporfly and the Nike Zoom Fly, Hoka has produced the Carbon X.

Contents show
1 Hoka One One Carbon X
2 Description
3 What We Love
4 Room for Improvement?
5 Summary

Like its competitors, the Carbon X pairs foam with a stiffer and heavier carbon plate. The plate is said to offer more spring and energy return without being so heavy as to drag the runner down.

These shoes are still controversial in some circles, with many runners arguing that they shouldn’t be competition legal. However, if you’re interested in giving them a try, read on!

Hoka One One Carbon X

You can’t call Hoka One One Carbon X shoes good looking. They have the garishly bright colors that are synonymous with Hoka and a large, chunky heel that makes them look like posture correcting shoes.

Appearances are deceiving, however. No matter how garish and unwieldy these shoes look, there’s no getting around the fact that they contain some awesome technology.

Let’s start with the upper section of the shoe. The upper is made from a single piece of engineered mesh. There’s not a lot of rigidity in the upper which makes these shoes sag when your feet aren’t in them. It’s not a criticism but an observation.

The mesh is durable and breathable with some larger holes near the toe box for extra ventilation.

As mentioned earlier, these shoes aren’t the prettiest things to look at. The side is taken up with company branding and a contrasting color wedge that wraps around the heel.

The cut of the shoe is fairly high, especially when compared to say the Nike Zoom Air Pegasus range. The cuff of these shoes will sit on or immediately below your ankle.

The heel tab is not extended. In fact, there isn’t really a distinguishable heel tab. The cuff just flows straight across the Achilles. What you do have is a heel loop designed to help you get the shoe on.

The loop is a strange in between size. It’s not large enough to stick up like a heel tab, but it’s not small enough to blend into the shoe. Again, this just adds to the overall oddness of these shoes’ look.

The heels feature some double stitching which helps to create a snug and secure feeling when you wear them and creates an abstract design on the outer mesh.

As for the lower unit, naturally the carbon plate is the star of the show. If you flip the shoe, you’ll notice a diamond shaped cut out in the sole. This provides some ventilation; however, it also shows you how the metal plate is designed.

You see, unlike its competitors, the Carbon X has a carbon plate shaped like a ‘Y’ in that it splits at the midfoot to become two prongs in the forefoot. More on this later!

The outsole is made from a rubberized foam that produces a decent amount of cushioning and bounce. The inner sole is made from the ultralight Profly foam which adds more spring and responsiveness to your ride.

Let’s talk about the carbon plate first, seeing as that is the unique feature of this shoe.

As we mentioned, the carbon plate is Y shaped in the Carbon X shoe. We think they may have missed a trick on the name, but they’ve done well on the plate itself.

That bifurcated ‘Y’ shape makes the shoe more flexible in the forefoot which is key to success and comfort. In other carbon plate shoes, the forefoot section can feel a bit hard and dense which makes it uncomfortable over time.

The ‘Y’ shape also helps with the flow of your gait. As you land on the midfoot or forefoot, the carbon plate pushes you toward your big toe area. This means that you are ready to push off for the next part of the gait.

It is this pushing or falling motion that adds more speed to your step. It creates a rocking motion which is highly responsive to your step. If you’ve never worn carbon plated shoes, it may take some time getting used to. The key is not to fight the motion.

In terms of energy return, you’re not getting the usual upward lift that you get from foam soled shoes. Instead, the energy is being utilized to get you to the next step as quickly as possible.

The upper is comfortable and provides a firm fit that doesn’t strangle your foot. The reinforced heel area is effective in hugging your heel for added security. Though it also causes issues when putting the shoe on.

The tongue stays in place throughout your runs which isn’t always a given with running shoes. Despite having extraordinarily little padding, the tongue does manage to spread and dissipate the pressure of tight laces.

The copious amount of rubber foam on the outside of the shoe is a hint at the durability of these shoes. There is a lot of material there to take scuffs, wear, and tear over the lifetime of these shoes.

The foam on the outside is a rubberized EVA foam. It provides decent traction on roads and flat surfaces, but it is not designed for technical trails.

The foam that makes up the insole is an EVA compound foam. This is so dense that you can’t feel the carbon plate beneath. It makes it so that you get all the benefits of the plate without feeling the rigidity of the plate.

As far as prices go, these shoes are great value for money. They come in cheaper than the Nike carbon plated shoes by about $50-$80 which is awesome. 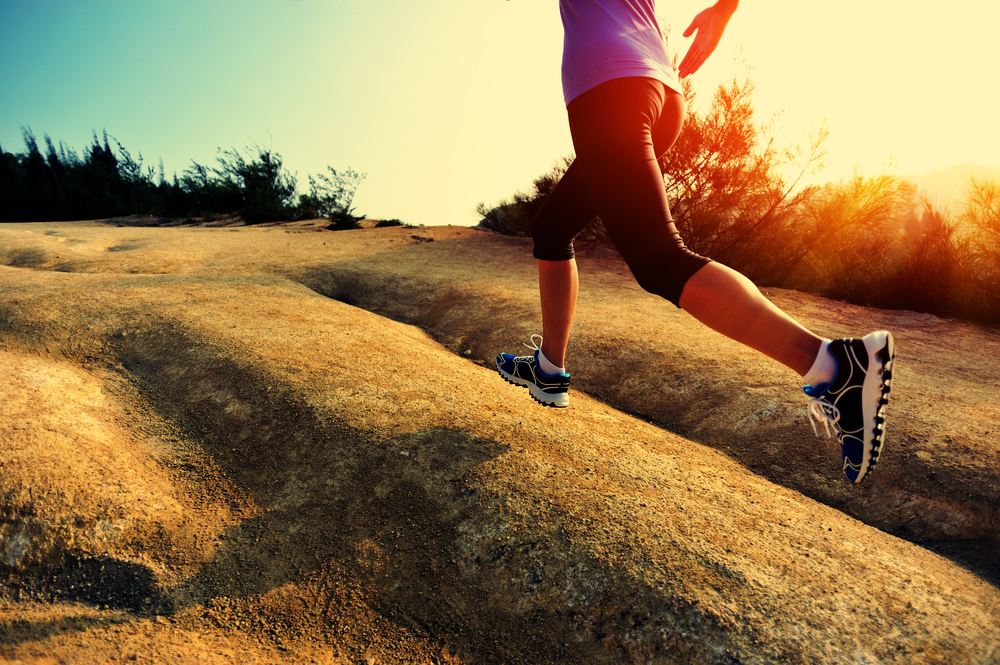 There are a few things to be aware of with the Hoka One One Carbon X shoes.

First up, if you’re a heel striker, you are going to struggle with these shoes. Many people find that while the carbon plate performs incredibly well for mid-strikers or forefoot strikers, it is downright uncomfortable for heel strikers.

This has to do with the positioning of the plate. It works best when you hit the point where it splits in the midsole or the separated ends in the forefoot.

If you hit in the heel area, then you need to put more effort in to get onto the plate. It almost feels like having to climb onto a ramp with each step.

It’s strange to have a shoe so divided by the kind of striker you are, but this is the reality of the Carbon X.

We recommend you look elsewhere if you are a heel striker, because you’re just not going to get the benefits from this shoe.

Another issue we have with the Carbon X is the lack of clear direction when it comes to the target market. Is it for competitive road runners? Is it a training shoe? Is it for endurance or sprints?

We get that Hoka don’t want to pigeonhole the shoe in their marketing, but the actual construction of the shoe is undecided as well.

For instance, the shoe is slightly heavy for a race day shoe. All that rubberized foam around the outside just sort of tips the scales slightly too much.

That being said, the carbon plate is clearly designed to give you a competitive edge. And the shoe has been incredibly successful in competition and record setting. A few days after it was released, the 50-mile record was smashed by Jim Walmsley wearing Carbon X shoes.

So, this could be a speedy race day choice if you’re prepared to carry a bit of extra weight.

In terms of distances, you’ll probably get the most benefit over longer distances. However, we’ve already spoken about how good this is for forefoot strikers, which makes us think it could come in handy for sprinters.

It’s all a bit confusing really.

Finally, the last gripe we have is to do with the laces and heel loop. This is not a shoe you can just slip on. You’ll need to unlace to put your foot in and then lace back up to keep it secure. For some people, this might be incredibly frustrating.

The bigger issue is just how difficult the shoe is to put on. Because the upper lacks any sort of form or rigidity, you need to hold onto the heel loop to get the shoe on. However, the heel loop is slightly too small to fit your finger into.

It’s an infuriating little detail that has a surprisingly large effect on the usability of these shoes.

The Hoka One One Carbon X is a viable competitor to other carbon plated shoes offered by Nike and other brands.

It supports and propels runners who land on the mid or forefoot, but it can be uncomfortable for heel strikers.

While the rocking action might be smooth, the look and overall usability of the shoe is quite bumpy.

We’re not sure that these are going to become your everyday training shoes, but they are a great option for a race day boost.