Cycling indoors can be a great way to exercise when the weather is at its most unforgiving. You don’t want to lose any fitness gains you’ve achieved just because winter has arrived. Instead, you need to grab some kind of indoor gym equipment so you can keep those exercises going.

One way to do this is to have a stationary exercise bike, but why buy an exercise bike that you only use for half the year. Instead, use your normal bike, and put it on a stand instead! 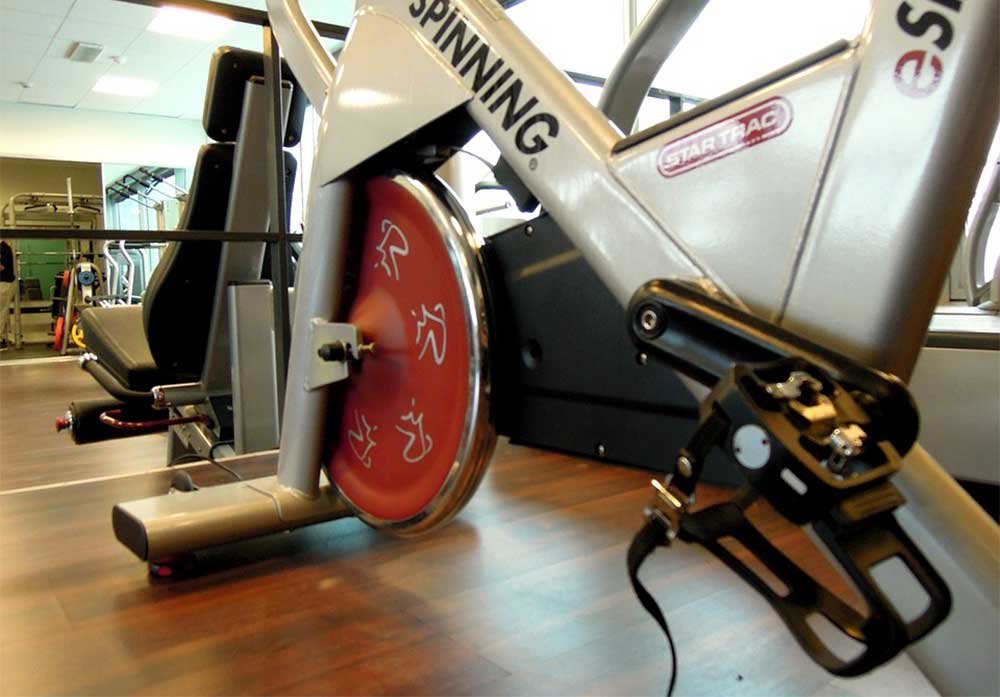 There are tons of these bike trainers out there, but today I’m reviewing the CycleOps Fluid 2 Turbo Trainer. What a mouthful of a product name! Let's hope the rest of the trainer isn’t so complicated.

First off I’m going to explain what a bike trainer is, just in case this whole process is new to you.

What Is A Bike Trainer?

A bike trainer is a piece of equipment, normally in the shape of a triangle, which you can screw onto a normal bike. You screw it onto the back wheel’s frame, this way you can peddle as normal but the bike won’t move.

Bike Trainers work the same as a stationary bike in terms of cycling, but the fact that you can attach your own bike onto the frame means that you don’t have to have two bikes in your home at the same time.

You can use them inside or outside and they can be a great way to warm up before a race (because you won’t go anywhere). They are used as a piece of inside exercise equipment by most cyclists when the roads are too dangerous to cycle on.

Bike Trainers are the cheap, space saving, and portable version of the stationary bike.

A First Look at the CycleOps Fluid 2 Turbo Trainer

CycleOps states that the Fluid 2 is a quiet trainer. This is because of the fluid resistance technology that the trainer is named after. The fluid movement is meant to smoothen out the ride, and give a realistic “air” resistance that you would normally find out in the open but would miss when inside. The happy side effect to this is that the bike trainer is muffled by the fluidity. Because this idea of quietness has been heavily advertised I’ll be scrutinizing it in detail later on.

Just by looking at the kit, I can see that it’s sturdy and made with good quality materials. The design is sleek and robust, already giving me some confidence that it won't topple over or wobble when my workout starts getting serious.

The most important thing I can see straight away is the big radius of the resistance roller, on which my bike tire is going to rotate. This means that there should be a lot of resistance and connection for my tire. We need this to stop any chances of slipping, and to make my cycling realistically resistant.

Normally I wouldn’t talk about the packaging when I look at how easy a product is to assemble, but I have to give CycleOps the praise they deserve. When it comes to a product that you only use for half the year, you want to be able to store it away again when the season is over. Most of the time the manufacturers just use the packaging for sending you the bulky equipment and want to make sure that it fits into the smallest shape possible. CycleOps, however, has packaged the Fluid 2 in a way that is compact, neat, and easy to remove. This has set me in a good mood already because the box is still intact and I can put it back in again for easy storage!

Anyway, onto the assembly! You have to put together the Fluid 2 yourself, which isn’t ideal. The support legs and the mainframe come as one part which is easy enough. So I just had to attach it to the resistance roller and the wheel locking mechanic. That sounds a little daunting, but there were only 10 pieces in total and most of them were bulky. It only took 5 minutes to get everything connected and the instructions were very easy to follow.

Attaching A Bike Wheel to the CycleOps Fluid 2 Turbo Trainer

I did find that the CycleOps Trainer only accepts round top skewers. Most road bikes will have a large flat surface so their skewers won’t fit into the mount. That being said, CycleOps gives you a skewer in the packaging, so if yours happens to be the wrong shape you will definitely have at least one skewer that fits.

Once you have the right skewer on, you can back up the bike’s rear wheel until it is locked into place on the mount. You need to adjust the mount with the metal poles, and use the lever on the side to click the bike into place.

It took me a couple of tries to get the bike properly adjusted and not loose or wobbly, but it wasn’t a complicated system. If you’re not sure if your bike is adjusted properly, then stand on a pedal and see if you topple. The stand should hold you in place. If you don’t feel secure, then it’s not tight enough.

Getting the resistance right is normally a bit of a pickle. You need to create what is known as a “bubble” from your tire. A bubble is just a bit of pressure against the tire that pushes the tire inward, but the level of resistance needs to be balanced between slipping on the roller and actually being able to move the wheel. With most trainers, this can be a frustrating moment. With the Fluid 2, you just have to spin the dial until you hear a click. At that point if you keep turning, no more force will be applied, so you don’t have to worry about damaging your wheel.

The overall process was a bit fiddly, but with a “build-it-yourself” kit, it’s what you should expect. The instructions were easy to follow, and nothing seemed too technical. The ability to leave the resistance up to the machine was the best part for me so far. If you are a beginner in the world of bike trainers you can skip the hassle of learning the “bubble” and let the Fluid 2 do the work for you.

Additional Features of the CycleOps Fluid 2

This is the part where I talk about features that CycleOps thinks are key. So first things first, we have to discuss the “quiet” aspect of the fluid resistance. The fluid mechanism is meant to be smooth and in turn quiet. I can say that the ride was smooth and comfortable, but silent? No.

I don’t think you can ever make a piece of gym equipment silent, there are always too many cogs turnings. But that being said, the Fluid 2 was quieter than I expected it to be. When I started hitting my higher speeds, the noise levels were rather low. The difference between the CycleOps and other bike trainers isn’t extremely noticeable, but if you have used trainers before then you might recognize the reduced noise.

Another feature the CycleOps is excited about is the VirtualTraining you can get with it. It's basically a ride along video, giving you realistic pacing and terrain. You pick a real life place, and the video takes you down the route, showing you how fast you manage to cycle it.

There is a whole online community of riders in the CycleOps’ VirtualTraining, so if you like to have a ride along with a group, as opposed to on your own, you can still do that whilst keeping indoors.

I do think this feature is a great addition to the overall trainer experience.

All in all, I think the CycleOp Fluid 2 Turbo Trainer is a great road-realistic trainer. It’s easy to assemble, and easy to re-store. Adjusting and creating resistance is easy and the community in the VirtualTraining is wonderful.

The only negative is that the advertising suggests that the Fluid 2 is ridiculously quiet, but in reality, it's just a touch quieter than most trainers.