Buying the right tire for your bike can be a godsend. Tires are the unsung heroes of the biking world, and if you ride a lot you’ll know that they aren’t necessarily a one time purchase. The more you ride, the more often you’ll find a puncture so getting a tire that will reduce that problem will save you a lot of money. 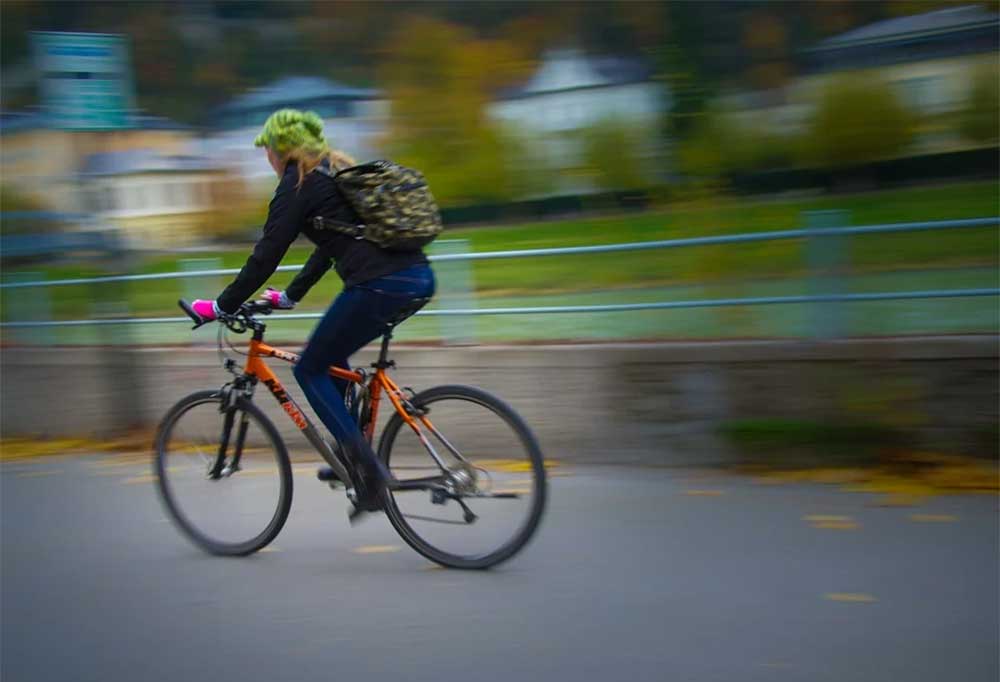 Punctures aren’t the only thing you should be thinking about when it comes to your bike tire. You also need to know which type of tire and what width of the tire matches both your bike and your riding style. Do you ride for speed, or do you ride for adventure? Whatever the answer, you’ll need a different type of tire to give you the best experience.

These questions might seem overwhelming, but when it comes to the Continental Gatorskin tire, I have figured out the answers for you!

Before we start, let’s have a look at what Continental has said about their Gatorskin, so we can either agree or disagree with their own statements.

What Does Continental Say about Gatorskin Tires?

Well for one, Continental says that the Gatorskin is the best selling tire on amazon, and as I write this, I can confirm that they are in 4th place on the bike tire leader board. The Gatorskin has been out ranked by Schwinn (taking 1st and 2nd) and by another type of Continental tire (the Grand Prix 5000). So we already know that the Gatorskin is the people's choice of tire, 4th place is massive in a world of constant competition.

But being most ranked on amazon doesn’t mean that it's right for every rider. I say this knowing full well that in their advertisement Continental exclaimed that the Gatorskin is “for every rider [...] for commuting, touring or heavy training - the Gatorskin will not let you down”. That is a high compliment to give yourself, but today I’m going to tell you who the Gatorskin is actually good for you, and if you should try something else. You can’t be good at everything Continental!

The first thing we will look at is the type of tire the Gatorskin is.

What Type of Tire is the Continental Gatorskin?

The Gatorskin is a clincher tire. This means that the beading goes around the outside of the tire. It flips (or clinches, if you want to be fun) underneath the rim of the wheel making it easy to install and replace.

If you are a road biker you would love the fact the Gatorskin is a clincher tire type as these are the best types of tires for on road riding. That’s because of the design. A clincher’s design is there to help you when you get a puncture. We will talk about how the Gatorskin in particular handles punchers later, but knowing that the tire is a clincher should give you a hint at how that conversion will go.

When a puncture comes, all you need to do is flip the tire off the rim (like how you put it on), and simply swap it for a new one. It is designed to be that easy. The other types of tires you can get aren’t as easy to remove, which is why a clincher is great for those of you who are likely to get punchers.

If you are a racer, you might not be so happy to see the word clincher. Racers want a tubular tire because clinchers are often too heavy.

I can confirm that the Gatorskin is easy to put on and remove, just like any other clincher. Now let’s see how the Gatorskin handles against punctures!

How Does The Continental Gatorskin Handle Possible Punctures?

The Gatorskin can run at around 90psi. Psi means pounds per square inch, and 90psi is quite high. This is because the tire is skinny. Skinny tires need a high pressure to keep their shape.

This isn’t the issue we talked about earlier when we discussed the difference between a clincher and tubular tire, as the size of both of them would stay around the same. What the 90psi tells us is that the bike is very bouncy. This is good when it comes to suspension, but a little worrisome when it comes to punctures.

That extra movement gives both the tire and the sharp object a bit more power. I’ve tested the Gatorskin’s ability to handle sharp objects by using pins along an open track and letting the Continental Gatorskin take in as many hits as it could.

Remember that tires aren’t normally put into this situation, but I expected the Gatorskin to protect itself because of the duraskin. Have I not mentioned this before? Oh yes, the Gatorskin has duraskin, which is a sidewall protection of high quality polyamide fabric encasing the core casing. I should say that it is designed to protect against scruff and cuts, but I wanted to see how it would protect itself against punctures.

When I rolled the Gatorskin over the 50 odd pins that were laid on the ground, I was surprised. Only 5 were stuck to the tire but only 1 made a puncture wound. That’s pretty good going seeing as I was actively trying to damage this gear.

Of course, that isn’t a true reflection of life. If you drive your bike through a field of pins you aren’t having a normal day. So I asked the question of the puncture problem to a couple of customers, and every one of them came back with positive feedback. One happy customer even confirmed that after 100km they still hadn’t had a puncture!

When I searched for Continental’s opinion of their own tires, they were as humble as ever stating that they are “known around the world for [...] legendary puncture protection and durability”. I guess I should have seen that first before I made my deadly trap, but I can confirm that they are right. The Gaterskin has amazing durability!

So far the Gatorskin is looking good. It’s easy to remove and install, and it is amazingly durable. So now you need to know if the Gatorskin would be a good match for you.

Are Gatorskins Good For Racing?

I sprinted with the Gatorskin and without it (before the pin trail of course), and can confirm that the Gatorskin slowed me down. This was probably due to the weight issue we talked about earlier, but also the resistance. I compared the speed to a tubular tire so of course, the difference was noticeable.

That being said, I wouldn’t call the tire slow. If you are a professional or are in an actual race, then you should probably go with a different tire, but if speed is more for adrenaline and fun, then you will feel that this tire has a good speed. The Gatorskin is fast for a clincher, but if speed is the ultimate dream then this isn’t the tire for you.

Are Gatorskins Good for Off Roading?

Gatorskins are designed to be on road tires. The widths available are 23c, 25c, 28c, and 32c. For the road you want the smaller size, however, it is still a little wider than you might like for speed (like we said before), even though it is sleek and stable. When it comes to off road tires you should really be looking at 32c. Depending on how you off road the Gatorskin could be a perfect match.

If you bike on gravel roads, then the puncture protection will save you from nature’s spikes, and the thickness of the tire will make the wheel power through uneven ground!

But if you like to travel on sand or snow, you will want a bigger size than 32c. You really should be heading for 50c so you have enough width to make real traction against the terrain.

So what do I think of the Gatorskin? Come on, you should know by now. The Continental Gatorskin is an amazing purchase for any on road, gravel track, or casual bike rider. The way it can handle unpredictable ground is amazing. Punctures don’t seem to be a problem for it and it is easy to install!

The only people who shouldn’t be using the Gatorskin are speedy racers and real off roaders. You need something thinner or thicker than the Gatorskin currently has.

I hope this review has been helpful because it certainly has been fun!