Is the 13 a Promising Next Step in the Ghost Series?

Brooks released the first Ghost way back in 2008, and we loved it so much, we decided we’d like to be haunted by them for the next thirteen years. As such, we’re on to the thirteenth variant of this modern classic. 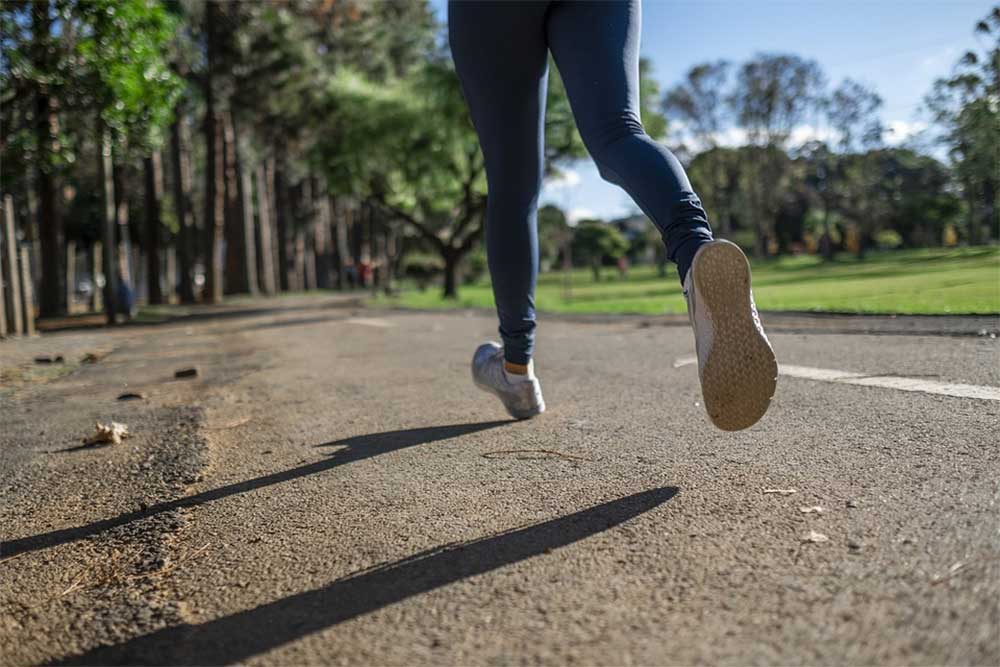 Brooks is market-savvy enough never to stray too far from the original Ghost blueprint we all know and love, choosing instead to make small innovations with each release. Having said that, with so many years under the Ghost’s belt, it’s possible that they’ll eventually stray too far from what works.

Whether the Ghost’s 13th rendition is evidence of this is what I tasked myself with finding out. Have they used their resources intelligently to augment everyone’s favorite daily trainer, or have they gone full mad scientist and tainted something beautiful? Let’s get into it!

The Ghost 13 cuts an attractive profile, making it a great choice for popping across town to do some shopping as well as dominating your new loop. They’re not overtly “runnery” if you catch my drift — you could pair them with a casual outfit, and they wouldn’t look out of place.

That said, they’re not as “trendy” as the latest and greatest in Nike or Adidas’ catalogs. I’d recommend them to those who want more of an understated, low-key vibe from their running shoe than is often available this day and age. They’re less flash, more function, hearkening back to running shoes in the late 90s through to the late noughties.

Personally, I’ve always been more of a fan of the color combinations of Brooks’ Glycerin, but that’s not to say there aren’t enough colors to choose from with the Ghost 13. On the contrary, there are currently over twenty combinations on offer.

A large part of the Ghost 13’s semi-retro appeal is derived from the patterned print running along the outside edge of the upper. It takes me right back to picking out my first track shoes in my hometown’s tiny sports outlet.

Expertly juxtaposed with distinctly modern shaping and materials, none of the Ghost 13’s more “traditional” aspects ever make them feel or look dated. If anything, I’d say they have a neoclassic vibe to them, which is currently very, as the kids say, “on fleek” at the moment.

Now let’s talk about what these shoes can really do...

One of the prerequisites of a solid daily shoe is that it’s a good all-rounder, and that’s exactly what the Ghost 13 is. You won’t feel the full benefit of the spongy midsole while walking, but they are incredibly comfortable.

Even if you’re not into running, and you’re just on the hunt for a walk-around shoe that’s easy on the joints, I’d definitely recommend the Ghost 13. The upper heel is generously lined with soft padding, so even on full-day trips out the house, your ankles stay nice and cozy, and heel-toe transitions are always silky smooth and gradual.

Ultimately, what makes the 13th Ghost so pleasant as a walking shoe is that you don’t need a lot of momentum in your step to reap the benefits of the design. The Ghost is always flexy, always soft, always stable...it’s all good.

The core concept of the Ghost 13 remains almost entirely unchanged from its prototypical ancestor. Underneath all the bells and whistles it’s come to sport over the years, it’s still a refined daily shoe for the neutral runner.

The midsole is nowhere near the size of some of the competition on the market today, but it’s plenty squishy to ease the burden of a run on your knees, hips, and ankles.

Crafted from two types of foam, you’d be forgiven for questioning whether this shoe would be stable enough for a daily trainer, but I honestly didn’t notice any inconsistencies in my gate as I ran.

If anything, with zero lean bias and a supportive guidance section in the midsole that keeps your foot centered, the Ghost 13 is one of the more stable running shoes you can buy.

With a medium-soft midsole, as the Ghost has always had, phantom number 13 is an especially versatile running shoe. I’d be as happy taking a slow jog around my neighborhood as I would be doing a time trial around a short circuit or trail.

The cushion of the midsole is luxurious but responsive enough not to take the spring out of your step, so if you feel like upping the tempo on one of your runs, you won’t be working against a spongy handicap.

Is the midsole as responsive as, say, the Zoom Air on Nike’s Pegasus 38? No, not quite. You’ll never have as much of an explosive step choosing the Ghost 13 over more speed-oriented models, but the Ghost arguably covers more ground overall. My only grievance is that they’re slightly heavier than other running shoes.

What I personally love the most about running in the Ghost 13 is the flexibility. Spanning the entire width of the Ghost are three flex grooves, and they adapt incredibly well to surfaces, allowing your feet to move naturally during a run.

The ghost 13s are true to size, so don’t worry about ordering multiple pairs in order to find perfection. I followed the classic runner’s rule of thumb and ordered a half size up to account for foot expansion, and I had no problems whatsoever.

There wasn’t so much excess space that walking became uncomfortable. That half size just provides precisely the right amount of room to accommodate your feet when the blood’s pumping.

I found the wide toe box to be particularly comfortable as I have quite spaced apart, wide-splaying toes. The midfoot and heel are much narrower, which is perfect for me, but might not be all that suitable for those with especially broad feet. On the other hand, if you have very slim feet, there is a narrow edition of the Ghost 13 available.

With performance well and truly documented, let’s take a look at the individual parts that make up such a versatile shoe.

As I’ve already touched upon, the midsole is crafted from two different types of foam, which is a risky endeavor, but Brooks has more than pulled it off.

On the lateral side, you get the brand-new DNA Loft foam, which Brooks describes as “a finely calibrated mix of EVA foam, rubber, and air”. It’s softer, lighter, and more durable than foams they’ve employed in the past.

On the medial side, you’re treated to the well-established BioMoGo foam, which is both foot and eco-friendly and known for its long service life.

Even though these foams have slightly different properties, they’re both roughly the same density, so stability doesn’t take a hit, and what’s more, they’re co-molded, meaning they’re seamlessly fitted — no weak spots!

The midsole offers a 12mm heel-toe offset, which I find an incredibly comfortable gradient for a smooth, rolling step. If you have a heel-heavy strike like I do, I highly recommend these shoes.

Uppers are Brooks’ specialty, and the Ghost 13 is a prime example of their textile expertise. They call this fabric Air Mesh and I can testify that it’s aptly named. I’ve never felt the air penetrate a running shoe like it does the Ghost — they really do invite the breeze in.

The tongue features wide wings to prevent the dreaded tongue slide, which I really appreciated, although gusseted would be better.

Brooks has also cut a bit of padding in the heel lining from the 12 edition in order to make more space up front, which I’m in favor of.

It’s bad news on this count I’m afraid, folks. The outsole of the Ghost 13 really is its Achilles heel. Sure it’s grippy as heck on almost all surfaces, but the rubber just isn’t as hard-wearing as the stuff lining the soles of key competitors such as Nike or Asics. I’ve logged well under 100K in my Ghosts, and I’ve already noticed heavy wear on the lateral heel.

You may have to smash your piggy bank to afford a pair of ghosts because they do not run cheap. In fact, they occupy the same portion of the market as Nike and Adidas. Are they worth it? Yes, I’d say so, but I do wish they weren’t so expensive, especially as the outsole has worn so fast.

I really do love the Ghost 13. It’s definitely an improvement on the 12, and as a versatile, everyday running shoe, it can’t be beaten. Providing a smooth, stable, comfortable ride, they really have taken on that “old faithful” vibe, even if they’re an entirely new iteration.

I’d be hesitant to buy them again if my running schedule increased, as the outsole really lets the rest of the design down, exposing the mid well before you’d expect it. For the casual runner, on the other hand, they’re one of the best shoes you can buy. Why not take a closer look at the Brooks-Womens-Ghost-Running-Shoe or the Brooks-Mens-Ghost-Running-Shoe now?